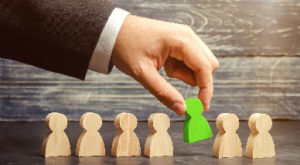 Most of us – even the most dutiful taxpayers – know the cold dread that accompanies receiving SARS correspondence, and it is never colder than when the notification states that you or your company have been selected for SARS verification or audit. Given some of the recent developments in terms of SARS’ powers and increased scrutiny of taxpayers, you will do well to remain prepared for the ever-greater possibility of being selected.

In this article, we take a look at what the difference is between a SARS verification and a SARS audit, what taxpayers can expect when going through the process – and what they should do to manage their risk if selected for verification or audit.

“Is there a phrase in the English language more fraught with menace than a tax audit?” (Erica Jong, American novelist)

A number of recent tax developments strongly indicate that taxpayers will face even more intense scrutiny from SARS in this new tax year. Most recently, an additional R3 billion was allocated to SARS in the 2021 Budget Speech “to improve technology, data and machine learning capability and upskill SARS officials to improve the efficiency and effectiveness of SARS”. This will include expanding specialised audit and investigation skills and establishing another specialised audit unit for investigations into the tax affairs of high net worth individuals with highly complex financial structures, which will likely lead to in-depth lifestyle audits.

Two ways in which SARS enforces compliance are through verifications and audits, both of which can now be expected to increase.

Being selected for a verification or audit entails significant risk to a taxpayer, whether individual or corporate. In addition to the time, cost and effort to collate the information, documents and clarifications required, a verification or audit can lead to the levying of understatement penalties varying from 0 – 200% where an understatement occurred, and even harsher penalties are reserved for ‘obstructive’ taxpayers or culpable repeat offenders.

What is SARS verification?

A verification involves the comparison of the information declared on the return to the taxpayer’s financial and accounting records and other supporting documents.

The purpose of a verification is to ensure that a declaration or return fairly and accurately represents a taxpayer’s tax position.

What is the SARS verification process?

What is a SARS audit?

A SARS audit goes further than a verification to examine the financial and accounting records and/or supporting documents of the taxpayer to determine whether the taxpayer’s tax position has been correctly declared to SARS. Where the taxpayer made no declaration or did not file a return, the audit is an investigation into the taxpayer’s compliance with the provisions of the relevant tax legislation.

By its nature, an audit is more intrusive than a verification and the scope could be extensive.

What is the SARS audit process?

Note that if, in your original submitted return, you anticipated that a refund might be due, the refund will not be paid out while the verification is in progress or during the execution of the audit process.

What to do – and what not to do

Taxpayers with complicated declarations or returns should ask their accountant to assist them in preparing for the likelihood of verifications and audits, and successfully completing a verification or audit when selected. Similarly, where penalties and interest have already been imposed, taxpayers may need expert assistance to successfully complete the process of objecting, particularly if the objection is submitted after the prescribed due date.